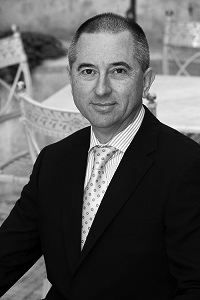 When he was sent to England, being 9 years old, to learn English, Gonzalo developed his love for travelling, so after finishing his Economics and Business Administration degree at Deusto Business School (1982, Spain) he couldn’t be any other thing than an International Sales Executive. Doing this for 33 years of career, holding different managing positions, meant he has visited over 50 countries and lived in Spain, Colombia, South Africa and Australia. Eternal optimistic, he loves meeting people and food.

Last decade he has been selling Spanish food in European countries, until he discovered the disruptive innovation some Plant-based Food was bringing into people, animals and the planet. He decided to play an active role in this green revolution.

Following his quote “what we eat can change the World” he pursues not to forbid but to seduce, offering people a joyful alternative with delicious Vegetable Protein that mimics perfectly that of animal origin. 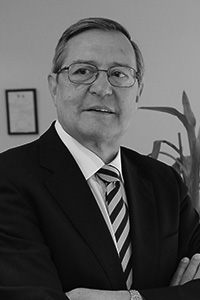 Always a sharp mind, Jorge is PhD Agricultural Engineer and also Graduate in Economics. His passion about food made him Founder and Secretary General of FIAB (Food & Beverage Industries Federation of Spain) for 34 years. His quest to make our food industry a reference in R+D+i took him to promote in 1992 the creation of the CNTA (National Center of Technology and Food Safety) and CECOPESCA (National Center of Technology for Fish Products) where he is still Member of the Boards. Deep believer in the benefits of public-private scientific collaboration, he promoted the PTF4LS (Food For Life Technological Platform of Spain) aggregating nowadays 660 entities (69 technology centers, 36 universities and 350 companies), where he has been Chairman for 11 years.

He trusts sharing knowledge is key to a better society, getting hands on since 2010 as Patron of Agri-food area of Lafer Foundation and Director of Master in Management of Agri-food companies.

Avid reader, loves Opera and is proud to know 2,000 scientific names of plants! 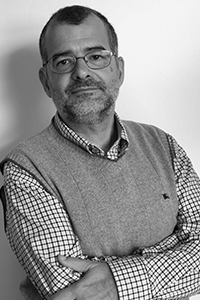 Juan Carlos is passionate about technology, as well as food. This latter passion has led him, besides learning his ideal weight, to take a special interest in the food sector and its special supply chain.

Industrial Engineer, MBA with more than 20 years of experience, creator of 4 companies… he knows these from different roles and positions he has gone through during his professional career. He has been plant engineer, project manager, production manager, operations manager and general manager. Currently, he is a consultant helping companies to transform themselves digitally by improving their operational and business processes. Juan Carlos cannot conceive any efficient business that does not use a certain degree of software technology and does not have a useful presence on the Internet.

His help is being invaluable for the technological growth of Green & Great. 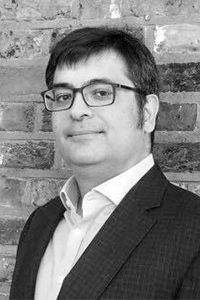 Miguel has always enjoyed eating, and being curious by nature, always wanted to know the story and origin of what he was eating.

He holds a Diploma in Food Science and Technology and continued studying a Postgraduate Diploma in Food Industry Management and Marketing, at the Imperial College, while working in the quality department of a ready meals manufacturer. During this time he learnt about the wonderful food of many places in the world, and was his first contact with vegetarianism!

He lives in London and works advising companies about the food trends and their impact in their business. He has written often about the plant power revolution and how the desire of many consumers to eat less meat is shaping the demand in the UK grocery and foodservice market. He is member of the Scientific Board of Revista Alimentaria and also works for Oritain, a New Zealand start up that proves scientifically the origin of food, contributing to enhance the transparency in the supply chain.

Find the most innovative and delicious Plant-based Food around the world and make it available to Horeca-Food Service and Retail.

We love food but are also concerned about our health, the welfare of animals and the planet. That’s why we only bring vegetable protein that really mimics that of animal origin, so your customers can swap between them with no effort.

They will have all the taste and joy of the food they love and none of its negative impacts.

To become a European leading company in Plant-based Food, helping your customers to reduce their intake of animal protein while fostering their health, the welfare of animals and the sustainability of the planet.

What we eat can change the world for better and we are here to help it happen with you.

Our day to day business goes with: